Stephen is the Independent Chairman, he is a Non-executive Director of Goodman Limited, Goodman Funds Management Limited and Goodman Logistics (HK) Limited.

Stephen retired as Chairman of Brambles Limited in June 2020 after a period of 16 years on that Board and was previously Chairman of Leighton Holdings Limited and Spark Infrastructure Group.

He has a Bachelor of Economics degree from the University of Sydney and is a Fellow of Chartered Accountants Australia and New Zealand and a Fellow of the Australian Institute of Company Directors.

Director of the Garvan Institute of Medical Research. 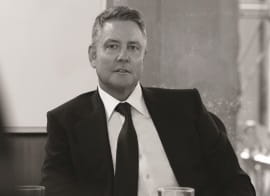 Gregory is responsible for Goodman’s overall operations and the implementation of its strategic plan. He has over 30 years of experience in the property industry with significant expertise in the industrial property arena. Gregory was a founder of Goodman, playing an integral role in establishing its specialist global position in the property market through various corporate transactions, including takeovers, mergers and acquisitions.

Member of the Audit Committee and Nomination Committee.

Chris spent 16 years at Macquarie Group and was the Global Head of Macquarie Capital’s real estate business leading its global expansion through to 2018. He has a Bachelor of Laws (Honours) degree and a Bachelor of Commerce (Computer Science and Accounting) degree from the University of Sydney.

Chairman of the Audit Committee and member of the Risk and Compliance Committee.

Mark is a trained accountant and spent 30 years at PricewaterhouseCoopers (PwC) where he was CEO from 2008 to 2012 as well as holding positions as Asian Deputy-Chairman and as a member of PwC’s global strategy council.

Mark also has extensive experience as a Director of charities, educational bodies and mutual organisations and he is currently a Director of the Smith Family, a Councillor at UNSW Sydney and the Chairman of the Hospitals Contribution Fund of Australia.

During her executive career at BP plc Rebecca held numerous senior roles in finance, operations, corporate planning, project management and marketing in Australasia, the UK, and Europe. Her last role as a senior executive was as Chief Financial Officer of BP Australasia. Rebecca was formerly a director of CSR Limited and Incitec Pivot Limited.

Rebecca holds a Bachelors Degree of Town Planning and a Masters of Applied Science (Project Management) and is a graduate of the Cambridge University Business and Environment Programme. She is Victorian Council President of the Australian Institute of Company Directors and a member of the national board.

Danny has oversight of Goodman’s European and Brazilian operations and strategy. Danny has been with Goodman since 2006 and has 19 years of experience in the property and logistics sectors.

Director and/or representative of Goodman’s subsidiaries and Partnership entities in Europe and Brazil.

Chairman of the Remuneration Committee and Member of the Audit Committee.

Phillip has wide experience in the fishing, energy, financial services and health and technology industries and holds a Bachelor of Economics Degree.

Anthony is an Executive Director of Goodman Limited and Goodman Funds Management Limited.

Anthony joined Goodman in 2004 as Group Chief Financial Officer and was appointed Group Chief Operating Officer in February 2009 before taking on his current positions.

Anthony is a qualified Chartered Accountant and has over 20 years’ experience in the property industry having previously held a number of senior roles in the property funds management industry and chartered accountancy profession.

Director and/or representative of Goodman’s subsidiaries and Partnership entities in North America. 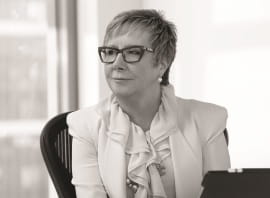 Member of the Remuneration Committee and Risk & Compliance Committee

Penny has over 30 years of experience in retail, supply chain and digital strategy in senior management roles in Australia and overseas, including as Director Group Retail Services with Woolworths Limited (2011-2015) where she was responsible for leading the Logistics and Information Technology divisions, Online Retailing and the Customer Engagement teams across the organisation.  She has previously served as a director of a Woolworths business, Greengrocer.com, a Myer business, sass & bide, and Quantium Group.

Directorships of other listed entities in the past three years 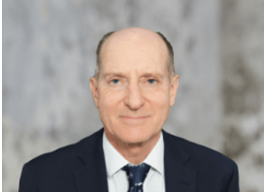 David is a former KPMG partner with substantial accounting and financial experience spanning more than 30 years in the UK an China. He is a fellow of the Institute of Chartered Accountants in England and Wales and the Hong Kong Institute of Certified Public Accountants.
David is a Hong Kong resident.

Carl is the Group Head of Legal and Company Secretary of the Company. He was admitted as a solicitor in 1996 and joined Goodman from law firm Allens in 2006. Carl holds a Master of Laws and Bachelor of Economics/Bachelor of Laws (Hons).